Bridge in May 2008 in Andalusia and Levante 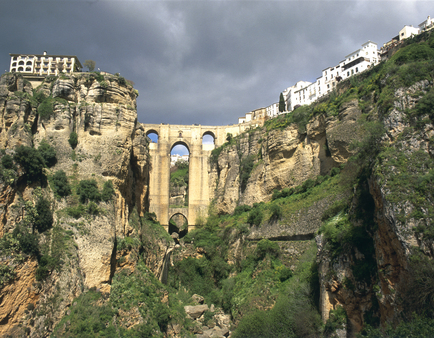 This year, on May 1, Labour Day in Spain falls on Thursday, in what many people will choose to take the holiday to Friday from splicing together a long weekend and make some escape somewhere.
There are numerous options to enjoy these days of vacation and one of them is to visit those places that are close to our house but never had a couple of days to visit them. If you live in Andalusia yno know Seville, Cordoba and Granada now might be a good time as cities in the bridges are usually more calm and cleared to enjoy its charms.
These three provincial capitals offer us the best of the art of Al-Andalus with the most representative examples such as the Mosque of Cordoba, the Giralda in Seville or the very Alhambra proposal as one of the great wonders of the world.
But in Andalusia it is hot and one of the most frequent of Andalusia is to migrate a couple of days at the beach. Andalusia has some of the most significant costs of the Spanish coast as are the beaches of Cadiz and Huelva, with its white sand washed by the Atlanta and its coves now still virgins. Another good choice without going through the saturated Costa del Sol in Malaga are the beaches of Cavo de Gata in Almeria. A landscape that mixes the most arid desert of Almeria with a tranquil Mediterranean. Not too is an area saturated by tourism so we can go fairly economically.
Nor forget that a few kilometres from Huelva (west of Andalusia) is the Algarve region in Portugal, which also has beautiful beaches and coves with a service offering something cheaper than in Spain.
But if we want something really cheap, we can cross the Mediterranean from Algeciras and Tarifa or plant in Morocco. Morocco is a place where exotic language, religion, customs and places are very different from ours.
Morocco has the most beautiful unspoilt beaches but the real charm of the country is in the villages as Chaouen, one of the most attractive corners of the country. The most charming cities of Morocco are, Marrakesh, Rabat, the capital, the film Casablanca as well as former Spanish colonies of Tangier, Fez and Tetouan.
One of the most beautiful areas is Agadir in Morocco where he breathes the purest lifestyle of the country. In general Morocco has a good supply of hotels and restaurants, as tourism is a growing exponentially since it is becoming one of the favorite destinations of Spaniards and other Europeans.
Morocco is a poor country, so without spending too much money we have at our disposal exotic delicacies or gifts of high quality. The kindness of the people are somewhat surprised that we still do not know whether the country.
If our residence is at Levante move without too can enjoy the wonderful beaches near San Juan de Alicante, enjoy Terra Mitica in Benidorm or escape through the romantic beaches of Altea, but could also be a good choice for the lower Manga del Mar Menor in Murcia or something more down to Cape Gata in Almeria.
If your thing is not to pass heat with solecito of May we suggest a visit by Castilla La Mancha, Aragon and Catalonia, where temperatures will be more pleasant as the heat starts.
In Castilla La Mancha we can enjoy a great historical heritage in cities such as legendary Toledo, Albacete and Cuenca. The latter is also famous for its Properties Pendants and his “City Encantada”, a strange geological formations that have been shaped by the elements sculpting ghostly atmosphere. Very recommended.
Aragon is a great Autonomous Region which is preparing its capital in the Water Expo, Zaragoza 2008, making it more advisable to visit later when the Expo is fully operational because the city is suffering enough works and remodeling.
Catalonia is a very attractive region in terms of tourism, it can find beaches as Vilanova i la Geltru, GITG, Garraf, El Masnou, Canet or Calella de Mar in Barcelona, Segur of Calaferll, Eat-Ruga, Torredembarra, Salou, Cambrils, L’Hospitalet de l’Infant ,,,,,, L’Ametlla de Mar, or LÃmpolla Sant Carles de la Rapita in Tarragona.
If we continue north in the province of Girona, we can find a good deal of sun and sand from Tossa de Mar, Sant Feliu de Guixols and Palamos through Calella de Palafruell, Begur, Escala, Roses and reaching Cadaques, Cape Creus and Portbou, the latter with the encouragement of its proximity to the Pyrenees, one of the highest mountain ranges of Spain, ideal for being a bit cooler in this warm May and try to enjoy the last snows of the mountain.
These are our favorite destinations for a weekend in May this bridge especially if we live in Andalusia or Levante and
looking for a good deal in sun and sand.

When visiting Southern Spain you can select many cities to make good tourism in Andalusia. One of them is Gualchos. Located to the west of Malaga,...

In front of Gibraltar in south of CÃ¡diz there is an attractive city called Algeciras. There, you can find new projects of buildings with many...