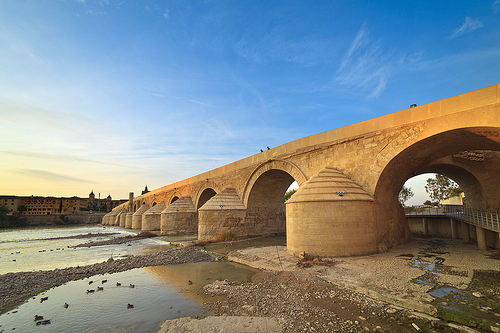 If you are not interested in buying a house in Southern Spain you just can visit one of its main autonomous communities, Andalusia. As you know Andalusia has several provinces, so your main goal as a tourist is to meet at least the capital of each. LetÂ´s learn a little of each main cities in Andalusia.

In the Eastern Andalusia you have four cultural rich cities. In front of the Mediterranean Sea we have Almeria, Granada and Malaga. In the interior, we have Jaen. But if you need to select just a couple of cities, we recommend you Malaga and Granada. Malaga is the birthplace of Pablo Picasso, but beside this important icon, the city is well known for its cultural facilities from the past and the present. And if youÂ´re interested to learn Spanish you can do it in Malaga. Granada by its side is proud to be the center of the ancient Nasrid dynasty; from this you can see the Alhambra palace.

The west side if Andalusia offers you another four options: Cadiz, Huelva, Seville and Cordoba in the interior. We recommend you Seville and Cordoba. Seville has served as inspiration for the magnificent opera â€œThe Barber of Sevilleâ€. But a visit in Seville allows you not only to meet many monuments but a bit of culture in music and theater. From Cordoba, you can buy the finest handmade jewelry and visit the stunning traces of the roman and Arabic cultures.

During your next vacations in Southern Spain, itâ€™s for sure that you will find enough reasons to think of living in Spain or return at least.

We deserve excellence. Not every place in southern Spain can offer you this. And just one city can bring you the best of its beaches. So letâ€™s...