Euribor falls and the mortgages too 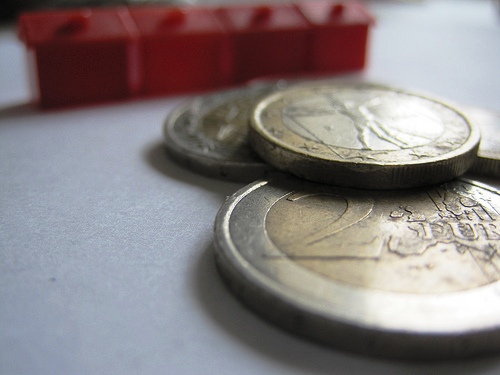 Having a house is not as simple as to buy a fruit in the supermarket. The price you get established to pay one day may raise the next and so on. But, it also happens the opposite way in favor of buyers. Letâ€™s know about the Euribor and how it influences in the mortgages of a house.

The Euro Interbank Offered Rate, most known as Euribor is daily reference rate that indicates the averages interest rates at which the banks from the Euro zone lend each other. But, this curios â€œrateâ€ influences in many areas you may not think about it. As to mention a few, they are the mortgages and deposits, exportations, stock market and debts. As Spain is a member of the Euro Zone, all this areas are affected by the Euribor.

The Euribor fluctuation almost concerns everything but housing is out matter. In simple words, if the Euribor falls the mortgages for housing too, at least this is what is expected. If you see the annual chart 2011 for the Euribor you will realize that the rate has maintained a value over 2 %. In November 2011 it has fell slightly after its raise on October 2011. So, in housing this means that you payment probably will decrease.

If you donâ€™t live in Spain but you are thinking to, it is still the time to find a place to buy. But be cautious with the Euribor rate so you can take advantage when the numbers are in your favor.

Otros reportajes relacionados con Euribor falls and the mortgages too